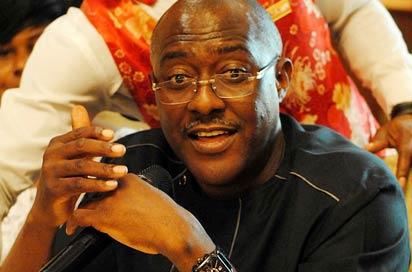 There were fears over Metu’s state of health when anonymous source disclosed that he was rushed to a medical facility in Anambra following a sudden breakdown. It would be recalled that Metu, who is facing corruption charge, could not appear for his trial at an Abuja High Court on Jan. 22 on health grounds. Prof. Anthony Igwegbe, Chief Medical Director (CMD) of NAUTH, who confirmed that Metu was on admission at the hospital, declined further comments. But a member of Metu’s family at the hospital expressed worries over his deteriorating state of health. Mr Luke Metu, a family member, said Metu met with them last week and billed to return to Abuja but was rushed to NAUTH from Awka, Anambra capital, following a serious breakdown in the early hours of Saturday. He said his brother who had been visiting a hospital every month since 2016, was stabilised in the Intensive Care Unit (ICU) before his referral to the University of Nigeria Teaching Hospital (UNTH) could be effected. He described his state of health as deteriorating and appeal that their son be allowed to have access to better health services. “He has had spinal cord related ailment which made him go about with waist brace for 15 years but it has deteriorated since he was held in custody and no longer get routine medical attention. “The doctor taking care of him has already referred him to UNTH, Enugu for further investigation and possibly surgery but is waiting for him to be stable before the movement in order not to aggravate the situation. “What we are appealing for is that he should be allowed to access the best of medical services,” he said. (NAN)

By Dayo Johnson Akure—FEAR has gripped the people of Ondo State following the rise in the number of deaths recorded as a result of the spread of Lassa fever from six to nine in the state. Lassa-fever To douse the fear, the Governor Rotimi Akeredolu made a statewide broadcast to ...